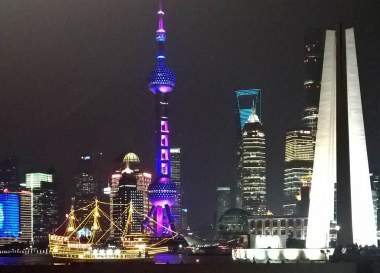 We hear a lot these days about the emergence of China as a genuine economic superpower but these articles tend to focus on the big numbers such as gross GDP and the level of investment by China across the globe as it becomes the world’s number one economy. What this sometimes hides is the incredible transformation China has made in the last few years in terms of the sophistication of its consumers.

A recent CMFG trip to Shanghai was a bit of an eye opener and it wasn’t just that the City has over ten Gucci stores all larger than the largest in London! It’s everything from the mobile wallet and ticketing in the brand new metro system, to the quality of the retail merchandising in their stores that makes London, Paris and New York in danger of looking a little 20th century.

Just compare London and Shanghai’s different attempts to use projected advertising in their respective underground systems. In London this has been cross track projections (XTP) that have largely failed to impress due to lack of image intensity (apparently London Underground sensibly refused to dim the lights on the platforms to remedy the situation). In Shanghai the projection is from the side of the trains onto screens the length of the tunnels, giving crystal clear moving image for the whole journey.

There’s no doubt China is currently taking on western ideas with great enthusiasm but potentially it won’t be long until we start to look east for our sources of marketing inspiration.