What can an octopus teach us about edge computing? - CMFG 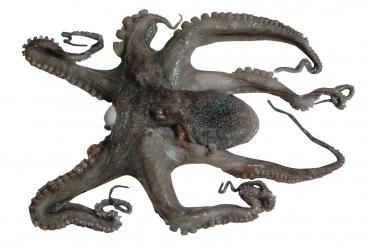 What’s the similarity between an octopus and edge computing? Well, of their 500 million neurons, more than 350 million are divvied up among its eight arms and new research supports previous findings that octopus’ suckers can initiate action in response to information about their environment, coordinating with neighbouring suckers along the arm. The arms then process sensory and motor information, and muster collective action in the peripheral nervous system, without waiting for commands from the brain.

Among the benefits of this distributed model are fast response times, and the ability of multiple parts of the brain to multitask, or work on separate jobs simultaneously. This is true even though the bulk of octopus brain activity still reside in the central brain. The brain acts as a coordinator of the eight other functions and a central memory unit. This sounds an awful lot like an animal version of edge computing, one of the emerging models for distributed tasks. Read more about what Oracle have to say about Octopus and edge computing here!

Regardless, since it was recently World Octopus Day, there is much we should celebrate about these animals that are so unlike us and yet have so much to teach us. But, unlike long-evolving cephalopods, humans cannot afford to wait millions of years—or even a few months—to fortify far-flung networks—incorporating billions of edge devices—against threats. That work must be done now.